Since it is Father's Day, I'm reposting one of my blog topics from Feb.

Why do you think 'bad' boys are so popular as heroes and 'bad' girls so often reviled? In real life, can those labeled bad change (certainly 'bad' is open to interpretation), or are such fictional romances misleading? 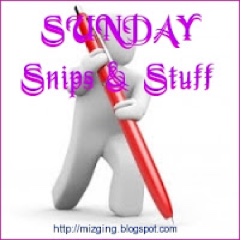 There's a reason why women are attracted to bad boys, and it's not (just) their sweet leather jackets. It's science.

Apparently, people with "pathological" personalities are simply more attractive to the opposite sex. The new study, carried out by a team of researchers at the Hospital Clinic of Barcelona and published on Scientific American, analyzed 1,000 heterosexual men and women with a broad spectrum of pathological personality traits.

Gutiérrez believes women like deviant behavior simply because it's fascinating. “While [pathological men] are selfish, rule-breaking, imprudent, and rebellious, they are also brave, temerarious, independent, and self-reliant—and they live frantic, galvanizing lives,” he says.

This explains why bad Boys are popular in romance novels.  Reading about the deviant behavior is more exciting than living with a man who is selfish, rebellious, and hell-bent on dragging you into frantic lifestyle.

In contrast, Bad Girls are a rare species in romance novel. The main reason is probably that they don’t make female readers salivate the way the Bad Boys do. Another reason may be that as a reader, one doesn’t want to identify with the “bad” character, instead one wants to identify with the character who reforms him – and female readers tend to put themselves in the shoes of the heroine. And there may be a double standard at work here, in that selfish behavior on behalf of a woman is still considered less forgivable than selfish behavior on behalf of a man – in fiction even more than in real life.

What do you think?

Do you like a Bad Boy hero?  Or are you a bit of a Bad Girl?

Hop over to the next blog and see what everyone else has to say!

Also, Brede is featured as part of the Kindle Count Down -- it's free!

Got it in one, Connie. they're certainly easier to read about than live with, anne stenhouse

It's amazing how much support there is for this topic. I was surprised. It's kind of like action and suspense, fun to read, dreadful to live. Enjoyed you post, and I learned a new word -- temerarious.

I think you are right on with the thought that women want to fantasize about being the love interest who can tame the bad boy, but not many of us would really want to live with him.

Connie, loved that you brought in studies for this. We always are fascinated by extremes.

Well done, Connie. I'd love more bad girls and am currently writing one, although who knows whether anyone will accept her. I've gotten flack before for writing about women who aren't strictly sweetie pies. Lots of real world misery comes from attractions to those bad boys.

I love that you have a picture of Mae West! She was my favorite role-model and actress when I was very young, because she could say anything she wanted, and all men desired her. Her confidence was so sexy!

"Is that a gun in your pocket, or are you just happy to see me?" Indeed.

I've had reviewers not like my heroines because they were too strong and determined. But I write what I like to read, and can't find anywhere else. To each their own. I just hope I'm not the only one who enjoys independent "bad girls" as heroines.