According to Wikipedia: The Death Star is a fictional moon-sized spacestation and superweapon appearing in the Star Wars movies and expanded universe. It is capable of destroying a planet with a single destructive energy beam.

The Pressure Cooker is a sealed vessel that does not permit air or liquids to escape below a pre-set pressure. Pressure cooking allows food to be cooked with greater humidity and higher temperatures than possible with conventional boiling or steaming methods. Excess heat causes boiling water to vaporize into steam. In a sealed pressure cooker, the boiling point of water increases as the pressure rises.

Umm. . Sounds like a mini Death Star--capable of destroying my kitchen and, perhaps, even vaporizing ME!

As my family, and a select number of my friends know, I have attempted to purchase a pressure cooker (in one form or another) for the past five years. I've researched, examined, held, and even got as far as the check stand at Macy's--only to change my mind.

I spied an electric pressure cooker last week and ordered it online. I unpacked it yesterday and yanked my rump roast from the fridge this afternoon. After memorizing the directions, I got busy. I chopped an onion, bell pepper, garlic cloves, added a cup-and-a-half of beef broth, Italian seasoning, bay leave and five Italian peppers. Everything went into the inner pot. A little over an hour later, I had prepared the best roast I had ever tasted!

Now I see my pressure cooker as more of a cute little R2D2 (Resourceful and spunky droid). His bravery, coupled with his many gadgets, played large roles in saving the galaxy time and time again, than Darth Vader's weapon.

I'm still cautious when operating pressure cooker, as I should be, but I'm confident this device will become my go-to gadget after I get home from work. 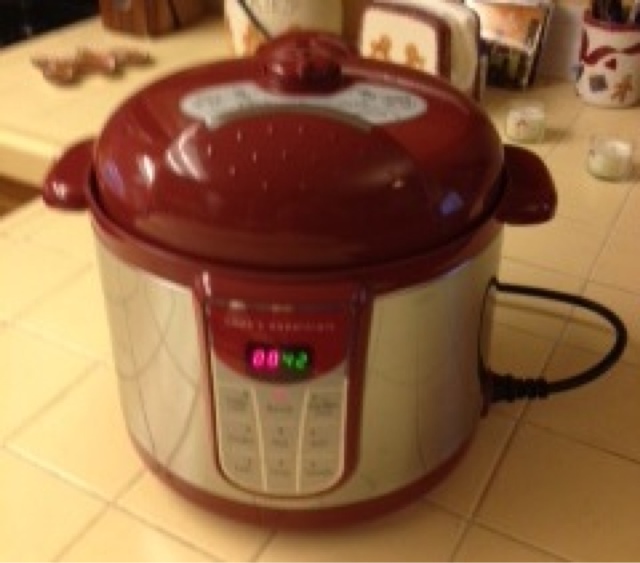 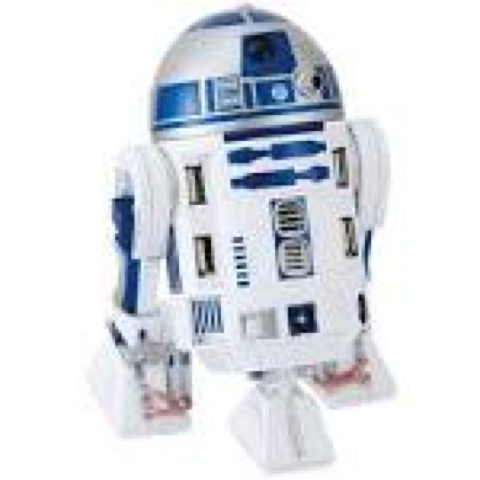