Characters Take Over #Round Robin, August 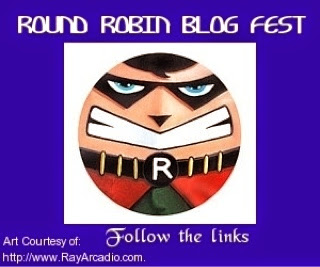 This month's Round-Robin topic is about secondary characters taking over a story. I must admit that I have read stories where I found the secondary character more interesting than the main character or really wanted to read the story of the secondary character.  I believe that several of my secondary characters have tried to take over the story. However, to date, I have been successful in stalling the secondary character.  How? (More on this later).
My main characters aren't women who are easily elbowed from center stage.  Still, my secondary characters don't take kindly to keeping his/ her light beneath a basket, so to speak.  In Lynx, Rodeo Romance Book 1, Charlene Davis (Rachel's best friend) is a no-nonsense, extremely funny, redneck sorta woman.  Charlene is a loyal friend to Rachel.   In Brede, Rodeo Romance Book 2, Caldwell, the old cook, makes a valiant effort to take over story (Caldwell is mentioned on nearly every review), but my main characters do keep control of the story.
In my YA novel, Whisper upon the Water, the secondary take over was quite different.  When I plotted my novel I had planned on making Anna Thunder my main character.  However, as my plot line and characterization became more concrete, I discovered that Tayiana  was truly the heroine of the novel.  While Anna's story was also important-- Tay's story was more compelling, more haunting.
How have I stalled my secondary characters?  I bribed them, of course!
Anna Thunder will appear in my Spirit in the Sky while Lynx"s sister was the heroine in Brede.
As for Charlene and Caldwell, time will tell.
Sometimes a writer can introduce an unexpected characters whose personalities are stronger than those of the main characters. What matters is the story. Hopefully their presence will make the story more believable, add excitement and humor,  while  increasing the reader's enjoyment.
I hope you have enjoyed this month"s blog topic.  Please check in for updates on my releases:  Lymx, Rodeo Romance, book 1--in print!  And my sassy and fun novella, Here Today Zombie Tomorrow.  Followed by my anthology, Gumbo Ya Ya: for Woman who like Romance Cajun & Men HOT & Spicy
I thank you for stopping by.  Please follow the link to Geeta Kakade's blog.
Connie
Geeta Kakade http://geetakakade.blogspot.com/
Those participating:
Marci Baun  http://www.marcibaun.com/
Anne Stenhousehttp://annestenhousenovelist.wordpress.com
Fiona McGier http://www.fionamcgier.com
A.J. Maguire http://ajmaguire.wordpress.com/
Beverley Bateman http://beverleybateman.blogspot.ca/
Diane Bator http://dbator.blogspot.ca/
Margaret Fieland http://margaretfieland.com/my_blog
Victoria Chatham http://www.victoriachatham.webs.com
Connie Vines http://connievines.blogspot.com/
Geeta Kakade http://geetakakade.blogspot.com/
Rhobin Courtright http://rhobinleecourtright.com
Posted by Connie Vines at 10:29 PM 4 comments:

For those who turned "Outlander" into an international bestseller, seeing the characters brought to life, with Scotland as the backdrop,  will be a 'must, watch. For me, the resulting series a snooze -- beautiful Scottish country side, but and too flaccid to make hearts go pitter-pat.
"People disappear all the time," says Claire (Caitriona Balfe), a British army nurse introduced at the end of World War II delivering a novel-esque voiceover that runs throughout. Weary of bloodshed, she seeks to reconnect with her husband, Frank (Tobias Menzies), as the two embark on a scholarly search (think Ancestory.com) through the countryside.
Developed by "Battlestar Galactica's" Ronald D. Moore from Diana Gabaldon's book, the premiere certainly takes its time before getting to the main event -- namely, Claire being inexplicably whisked back in time, where she finds herself under the protection of the brutish MacKenzie clan. (It's not till the second episode that we learn the date is 1743.)
Claire's keepers include the imperious war chief Dougal (Graham McTavish), who's only one of the bearded ruffians who think about raping her; and Jamie (Sam Heughan), a clean-cut Adonis who endeavors to protect Claire's honor when he isn't exchanging meaningful glances with her. Menzies also lingers in a dual role as Frank's ancestor, a sadistic British officer who has a yen for the ladies.
Still, "Outlander" meanders along so slowly that it needs to immerse viewers in its atmosphere and rhythms -- something that might appeal to ardent fans of the book, but my the attention span and patience was sorely tested.
The principals are perfectly fine, and the period touches have been assembled with care (and filmed in Scotland), the long speeches in un-translated Gaelic have a way of yielding diminishing returns.  I may sit through an episode or two, but I won't be a fan of the series.  Sorry Starz.  I'll be viewing reruns of Longmire, with the beautiful backdrop of Wyoming. The scrips are rather uneven, and a bit sketchy at times, but the story moves along and the heroes are a Bonny match for the men of the Scottish Highlands.

Posted by Connie Vines at 9:55 PM No comments: