In The Spirit #Round Robin

In the Spirit of Christmas giving--a gift for my readers. 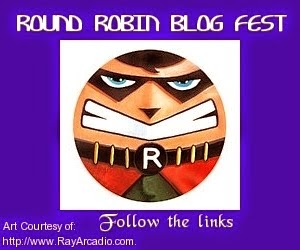 An excerpt from my novella, set in the mountains above Forest Falls, California.


It began snowing at one in the afternoon on Christmas Eve day, but Meredith hard at work in front of her computer screen, barely noticed it.

At the rate she was going, she could expect to be finished with the final draft by New Year’s Eve. Funny, she had really expected to be distracted by Viktor’s presence in the cabin, but instead it had given her peace of mind, a comfort she’d almost forgotten.

It made her think of their first year of marriage when she was still writing short stories and Viktor was at work on his second doctorate.

They’d turned the second bedroom in their Upland apartment into an office, and every evening after pizza or Chinese or the occasional home-cooked one dish meal, the two of them had worked at the writing, working from card tables pushed together in the center of the room. Now when she thought about it, Meredith realized those had been the best times.

It was the sweet scent of roast turkey that finally brought her out of the den around four o’clock. “I thought you were saving the bird for tomorrow’s dinner,” she said, admiring the table setting.

Considering that she only had mismatched plates and cups here, Viktor had managed to create a nice effect. He had sprinkled red and green paper circles created with a paper punch on the tablecloth and a vibrant red poinsettia graced the center of the table. It looked like he hadn’t been kidding about acquiring some skills after their breakup. He had certainly never made himself handy in the kitchen before then.

“I thought we’d celebrate early,” he answered, setting a covered dish next to her plate. “I hope you like it. There’s turkey, mashed potatoes and gravy, cranberry dressing, green beans and cherry pie for dessert.”

“I hope it tastes as good as it sounds,” Meredith said, sliding into the chair across from him. “I’m famished.”

Viktor would probably never win any cooking awards, but judging by the aroma, the meal was almost as good as if Pippa had cooked it. Meredith insisted on helping with the dishes and they went into the living room to unwrap the presents.

He seemed generally pleased with the inkwell and Meredith exclaimed repeatedly over the red sweater he’d given her. After a while, Viktor switched on the Christmas tree lights, and she selected a mix of Christmas music on her iPad.

Wine glass in hand, Meredith lounged on the couch, feeling more relaxed and content than she could remember feeling in a very long time. Viktor, sprawled comfortably on the couch next her, said, “I’m really glad to be here, Meredith, I’m not a sentimental guy, but spending the holidays alone—let’s say I’m glad I didn’t have to do it.”

“I know,” she agreed, and her hand slipped readily into his. “I’m glad, too. I thought I it would be easy to tune out the world, but the idea of being alone for Christmas was just too bleak.”

She turned to him with a sad little smile, “Who would’ve thought we could get along after all that has happened that we could talk, be friends, even live under the same roof and not spend every waking minute fighting?”

He placed his index finger under her chin and turned her face to look at him. “Or maybe we both still care a lot more than we are willing to admit.”

Everyone has experienced a broken-heart during his or her lifetime.  And everyone should have a second chance to rekindle, or find, a new true-love during the Holiday Season.  Even if that very special someone is a Zombie.

My current release: "Here Today, Zombie Tomorrow" features Meredith Misso (newly reanimated and still adjusting to her not so vegan world), **INSERT THE NAME OF MEREDITH'S PET A COMMENT **  (her pet teddy-bear hamster), and Viktor ( her soon-to-be ex-husband, who has secrets of his own).


** The 1st reader with the correct response, will win a FREE copy of  "Lynx" Rodeo Romance, Book 1! **  (download a free sample/ or purchase my novel to locate the answer).

Hi Connie, Interesting! I haven't read much, or any, zombie fiction. Good luck with it and Happy christmas, Anne Stenhouse.

Connie - I'm not a zombie fan but your book looked fun and I bought it. I have to say I loved it and found many laugh-out-loud moments. Happy Christmas!

Loved the excerpt. I don't read Zombies, but that may change my mind. Merry Christmas!

Thank you Victoria! I am so glad you found my Zombie novel funny--and better yet love the story! I had a great time writing the story.