Sunday Snippets #2 ~ Gumbo Ya Ya by Connie Vines~ #SundaySnips 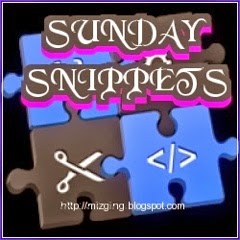 Thank you Ginger for including me once again in Sunday Snippets.
As promised last week, I've included the final two snippets from my Cajun anthology.  Gumbo Ya Ya--for women who like romance Cajun!  Five stores, five times the fun.

A Slice of Scandal

“Hey, now, ‘dis key lime pie’s like de one I serve at my restaurant. Simple to make and good ta eat!  Key limes perk up de mouth and makes you hoppy.”
Producer/Director, Julia Kincaid focused on her monitor and adjusted the mike of her headset. “Camera One, tighten that head shot.”  She watched as the camera feathered over the chef to capture the best angle. The camera should have loved Franklin. His height was average, his black hair, short and curly and his skin took on a polished bronze color under the harsh camera lights, but the camera didn’t like Franklin. There was something about his eyes: like dark agate, forbidding and expressionless that was difficult to erase.
“Okay. Now hold it, while Chef Franklin pulls the second pie from the refrigerator. Follow him back to the island. Good.”
When the chef stood on his mark, Julia said,  “Cue the music. Okay, Two, scan the
audience. Back to Franklin.”
“It’s best to serve ‘dis chilled, a twist of key lime on the top. And, boy-oh, boy, does dis taste gooood!”
“Camera Two, pan the audience. . .focus on the pie. . .Camera One, close-up on the chef. . .Hold it.”
Julia heard the studio audience applause.
“Now, pull back. He cuts the pie. . .he puts it on the plate. . .now wait for the whipped cream and. . .okay . . .he’s got the fork. He’s taking a bite.”
The studio audience uttered a collective sigh.
“Let’s call it a day. . .” Julia said, pulling off her headset and allowing it to dangle around her neck. “Hey, hey, what’s he doing, now?” she asked. “This is where he says goodnight. What’s he doing?”  Snagging the mike that was clipped at her waist she barked, “Someone cue Franklin. He’s off his mark.”  It was times like this she questioned her sanity at trading a career in Hollywood daytime T.V. for that of the Good Eats Network in Orlando, Florida.
“What’s going on now? Why’s he grabbing his throat?”


From her left she heard J.D. groan. “Damn, Julia. Harvey’s gonna boil all of our carcasses in a stockpot for this one!  Franklin must be hitting the booze again. Jeeze, look at him!  Franklin’s spitting out the pie. Hell, there go the show’s ratings.”

The moon was full tonight; huge in the sky, a brilliant iridescent orb that stared down at the earth. Enza felt the conscious energy feather over her as she removed the silk cloth protecting her Tarot cards.


There are seventy-eight cards in a Tarot deck. Four suits of fourteen cards each. Swords, Cups, Wands and Pentacles, and twenty-two picture cards called the major arcane, the mysteries.
Enza’s mother had told her she would learn to associate the picture cards with people she knew, and during her travels, she had met nearly all of them.
The Juggler was a boy she’d loved and lost. The Hanged Man ran a mission on Canal Street, The Pope ran numbers for the Wiseguys. Of course, she’d married the Fool in an arranged gypsy marriage. Enza didn’t know where he was today, but she was certain he was still a fool. She’d never met Justice, nor had she ever met the Devil.
She knew mean people, lairs, schemers, and cheats. But it takes more than being mean to make a person the Devil. The Tarot’s Devil is a special horror. He is the genius of evil. He is willful and proud, vengeful, greedy and cruel. The card also had another meaning. Yes, the Devil can come after you, but you can also go to the Devil. The Tarot is very clear in its meaning.
Not for spells and chants are you damned but for the ordinary abuse of extraordinary things.
Enza glanced out the window and into the moonlight washing across the cobblestone street outside the French Quarter. The Roma, through they traced their roots back to ancient Romania, never considered themselves twenty-first century gypsies.  They displayed no red palms upon the carts they set up on Canal Street nor did they dabble in the black arts--they followed the old rules, and the old ways.  Even though they prescribed to the art of making love potions and arraigning marriages, they did not cheat or scheme for excessive monetary gain.
Enza shuffled the cards, mentally saying a protection prayer, then extracted ten cards, placing them face down to form the ancient Kabalah Tree of Life on the table.
She turned the first card face-up.
The Moon.
Enza knew that the Moon was the unluckiest card in the entire deck, worse than Death.

Please stop by and visit the other authors participating in this event.