"All Great Writers Begin with a Good Leather Binder and a Respectable Title." by Connie Vines #Sunday Snippets

"All great writers begin with a good leather binder and a respectable title," Johnny Deppp (speaking as J.M. Berrie) said to Peter in the film "Finding Neverland". 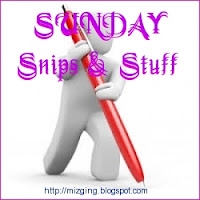 When I teach workshops, or am a guest speaker at local literary events, I am often asked, "Have you ever met a real-life character?

Living in SoCal, and due to the nature of my work, I do come in contact with actors, writers, public speakers, and others involved in the entertainment industry.  However, the person who was 'bigger than life' was not someone involved in the entertainment industry.  This person is someone who provided inspiration for the Lynx Maddox, the hero in the first book in my Rodeo Romance Series.

I often 'freelance' when I am working on a novel for better insight into a character, to learn a particular skill or obtain inside knowledge (slang, general impressions, etc.) that only someone living that life-style would know.  Sometimes all it takes is a conversation with the owner of a small town Nebraska cafe.  I might be invited into her kitchen where a family recipe is divulged, or local gossip is shared.  Another time, I'll serve on committee and strike up conversation with a person whose humanitarian work takes her to Romania.

In this particular case, I was attending school and working as a part-time 'appointment only' fragrance consultant in a exclusive perfumery.

From outward appearances he was of average height, a bit on the lean side (but well toned), dark-haired, green-eyed, early-to-mid thirties; just an average man.  However, there was an unmistakable 'aura' of energy when he entered the room.  His drawl resonated, his expressions were intense (but not threatening): a lifted eyebrow, a smile pulling a the corner of his mouth.  After a couple of minutes, I discovered he wasn't average at all--I'm not talking about wealth, personal fashion sense, or anything tangible--he just claimed all your attention without really doing anything.  I found this completely amazing.  (And no, it wasn't love at first sight! He was shopping for his wife's birthday gift and purchased a designer fragrance and art glass).

I wondered what it would be like to have a hero who's personality was 'a force of nature'.  And, so, Lynx Maddox was born!
.
Connie

It's amazing how some people can affect us. Interesting way to do research, too.

What a wonderful column, Connie. I really enjoyed it. Gotta love those cowboys!