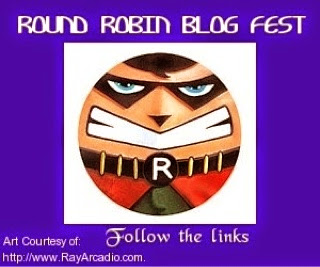 Legend has it that the ghost of Marilyn Monroe still haunts the hotel. “There was a famous mirror in the lobby where people would take pictures and claim they could see Marilyn’s reflection above them." This full-length mirror once hung in Monroe’s poolside suite, and then in the lobby where it has since been removed. On the 9th floor, you can hear the late actor Montgomery Clift—who lived in suite 928 for three months while filming From Here to Eternity—practicing on his trumpet. “Guests have asked the hotel staff to tell the person in the next room to stop playing in the middle of the night. But the room was actually vacant.”

Lights and faucets are known to turn on and off on their own and the switchboard gets calls from vacant rooms.

The studio complex where such legendary Tinseltown films as Gone with the Wind and Raging Bull were filmed was built in 1918 by silent movie pioneer Thomas Ince. Ince died in 1924, after falling ill on newspaper mogul William Randolph Hearst’s yacht during a star-studded cruise and dinner, celebrating Ince’s 42nd birthday. While the official cause of death was listed as heart failure, legend has it that Ince was actually shot and killed by a jealous Hearst, who was supposedly aiming at (and missed) Charlie Chaplin, who had eyes for Hearst’s mistress Marion Davies. Some say Ince’s ghost still shows up for work at his beloved former studio, and can be seen and heard walking through walls and criticizing management.

And, my personal favorite, The Comedy Club.

Before this popular Sunset Strip comedy club appeared on the scene in 1972, it was Ciro's restaurant, one of Hollywood's hippest clubs during the 1940s and 1950s. Its owners had a close affiliation with the mob and the building still has peepholes in the upper walls of the main room that once allowed mobsters to see who was coming and going. Mickey “The King of the Sunset Strip” Cohen used the club as his base of operations. “West Hollywood was a gangster-run place with gun fights in the streets. The basement of the club was where they would take care of problem people. There is still a hole in the stairway that fits a gun, to shoot anyone going up or downstairs.”

employees have claimed to hear voices, cries and even snarls coming from the basement. “After years of denying the ghost stories, the Comedy Store is now embracing its past and even started tours of the haunted basement."

How about you?  Do have an abandoned building story of your own to tell?

Watch for my Sassy and Fun Fantasy series.  "Here Today, Zombie Tomorrow" will be available on October 1st!  My book trailer will be on my web site, YouTube and Vimeo next week!
Visit Rachael Kosnski  to read her Round Robin blog. http://the-doodling-booktease.tumblr.com/ 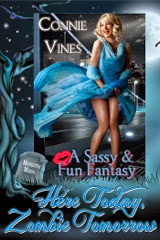 Connie, How glamorous. Hollywood must be such an interesting place. Anne Stenhouse

It's legends like those you've told that make fascinating locations and lead to intriguing stories.

I loved your post and the stories about several haunted Hollywood places. I never knew about any of them. Thanks for sharing.