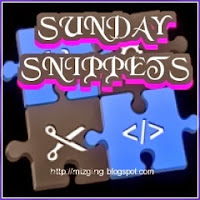 Today, rather than add a snippet from one of my novels, I thought I’d discuss in influence of Oscar winning movies, award winning novels, Fashion Icons, and decades as an influence on defining the craft of writing.

I have always been a fan of theater (especially the small local variety), as well as classic movies.  Those who have followed my guest blog interviews are aware of my love of the Universal Monster Movies (especially “The Mummy” and “Dracula”).  However, I am also a long-standing fan of “Bell, Book, and Candle”, and now, after seeing a late night (uncut) version of “Breakfast at Tiffany’s” a fan of this 1960’s movie as well.


For those of you unversed on the movie based on Truman Capote's 1958 novella of the same title, BREAKFAST AT TIFFANY'S (1961) is the story of a woman on her own making her way in the big city.  As stories go, it is short on plot but rich in characterization, which may explain why its protagonist, Holly Golightly, has become Audrey Hepburn's most memorable screen persona.  In the hands of director Blake Edwards, the film neglects much of the book's foreboding edge, but gains an unforgettable comedic touch, which actually helps accentuate the darker moments.  In addition, Henry Mancini's musical score and Hubert de Givenchy's gowns for Ms. Hepburn successfully uphold Capote's style when the story itself is forced to leave his writing behind. Like the protagonist at its heart, BREAKFAST AT TIFFANY'S is quirky, funny, bewildering, serious, sophisticated and bittersweet -- and as movies go, great entertainment.


“The opening to the novella, BREAKFAST AT TIFFANY’S: I am always drawn back to places where I have lived, the houses and their neighborhoods. For instance, there is a brownstone in the East Seventies where, during the early years of the war, I had my first New York apartment. It was one room crowded with attic furniture, a sofa and fat chairs upholstered in that itchy, particular red velvet that one associates with hot days on a train. The walls were stucco, and the color rather like tobacco-spit.”


And again on page one: “It never occurred to me in those days to write about Holly Golightly, and probably it would not now except for a conversation I had with Joe Bell that set the whole memory of her in motion again.

Holly Golightly had been a tenant in the old brownstone; she occupied the apartment below mine.”

Such a rich, visual beginning.  I tumbled right into the story.

The early 1960s.  Not Downton Abbey, however, much more formal than today.

Meet Holly Golightly (Audrey Hepburn).  Here she is on New York's 5th Avenue in the early morning hours, dressed to the nines, sipping coffee, nibbling a Danish and window shopping at Tiffany's under the opening credits. 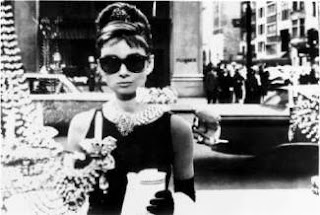 I do love the ‘little black dress’ and pearls.  The slower pace of life that was so desperately and excitingly real.

This is what the early 1960s brings to my writing.  Less intrusion, more of a sheltered, yet very intense world.

We all know, of course, that all was not perfect during that time.  The television series, “Mad Men” does focus on a high-powered firm in the mid-1960s.  The sexual harassment and excessive drinking really were that bad.

Do you like the influences of the past to touch the stories you read?

Will current Fashion Icons be as classic as ‘Audrey Hepburn’ in fifty years?

I do not think so.  CoCo Chanel, Chanel #5, Audrey Hepburn, Tiffany’s, and as 007 says, “a Martini, shaken not stirred”.  These are the definition of a ‘classic’.

Please visit the the other author's participating in this week's Sunday Blog Hop!

An interesting post, Connie--those '60's were another world, weren't they? We're all "relics of a different age" today, but that was an interesting snippet and a view into a classic story, a classic movie, and a (now)lost world.